I was in my class yesterday and picked up this Logo Lounge book that was on the bookshelf – Initials and Crests. I was flipping through it and thinking about new stickers for the Killigans, and looking for cool inspiration for a rounded design. I happened across two different things that were the inspiration for this- one was a bottle-cap style logo for a brewery, and the other was somewhat based on the Federal Reserve Seal, so I combined the two. I have been wanting to do a perspective type bottle-cap for a while, so this was perfect.

I searched Google for “bottle-cap vector” and came up with this one that was just a scanned jpg from some Coca-Cola materials, maybe an old add or something, then I searched for the seal, found out there was a K (designation of the Dallas TX mint) and copied that in, then started messing around in photoshop. 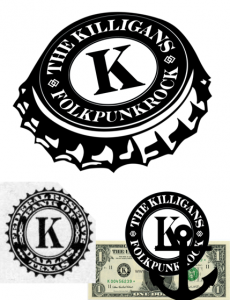 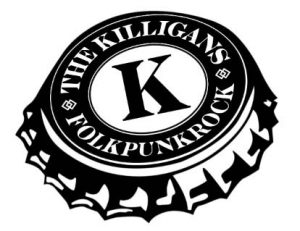