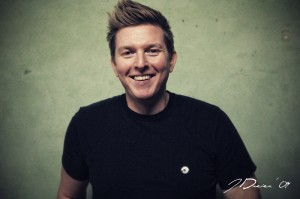 Hi, my name is Ben. My art includes painting, illustration, and print making, but can range from watercolor cartoons to concert posters to sculptures to experimental isometric generative digital work. I’ve had several solo exhibitions and taken part in a variety of group shows around the U.S. I’ve sold artwork to collectors in the U.S. and Internationally. I plan to do more.

What I want to do:

What I have done or continue to do:

I earned my BFA at the University of Nebraska Lincoln, with emphasis in graphic design, and spent nearly 15 years in the industry. I most recently worked as an Interactive Designer at Swanson Russell, a marketing communications company. I teach part-time at Southeast Communty College, in the Graphic Design | Media Arts department. I also taught at UNL for a few semesters in 2010-2012. I currently serve on the Board of Directors for BicycLincoln, a cycling advocacy group. I also served on the Board of Directors for AIGA Nebraska.

I am a musician. I play drums for the Killigans. I began college at UNO as a music major (I even had a Regent’s Scholarship) before switching to art at UNL. I have been musical since childhood, playing piano at an early age, and switched to percussion at about age 10.

I am the founder of eyeskull, an international sticker campaign/art project/design studio. We’ve sent stickers and art to 100’s of cities in lots of countries, and every continent. We have stickers on McMurdo Station (Antarctica) and in Saddam’s palaces (Iraq). I like giving people stickers because of the simple fact of human nature : people like stickers.
http://www.eyeskull.com

I once was a prolific poet, and wrote around 5000 poems in a year. I complied that into a book called Eleven Months. Go find it.

I was lucky enough to be interviewed in High Fructose magazine about my art in 2010. Link: http://hifructose.com/2010/06/04/an-interview-with-ben-swift/

I have been a professional designer since 1999. Click here for some work samples : http://design.benswift.com