I have been inspired to make stuff recently. Signs and cartoons. I have always like old-timey signs and neon lights. It’s just part of the world that I really like, a part that is kind of fading away. Everything is digital printed wraps and plastic formed these days. Well I came across this website of a dude who decided he wanted to build things the old way, and then make them look old too. I like that. http://www.sideshowsignco.com This “Lucky” sign was the first thing I saw and that made me want to see more stuff… and make stuff

So I made this: 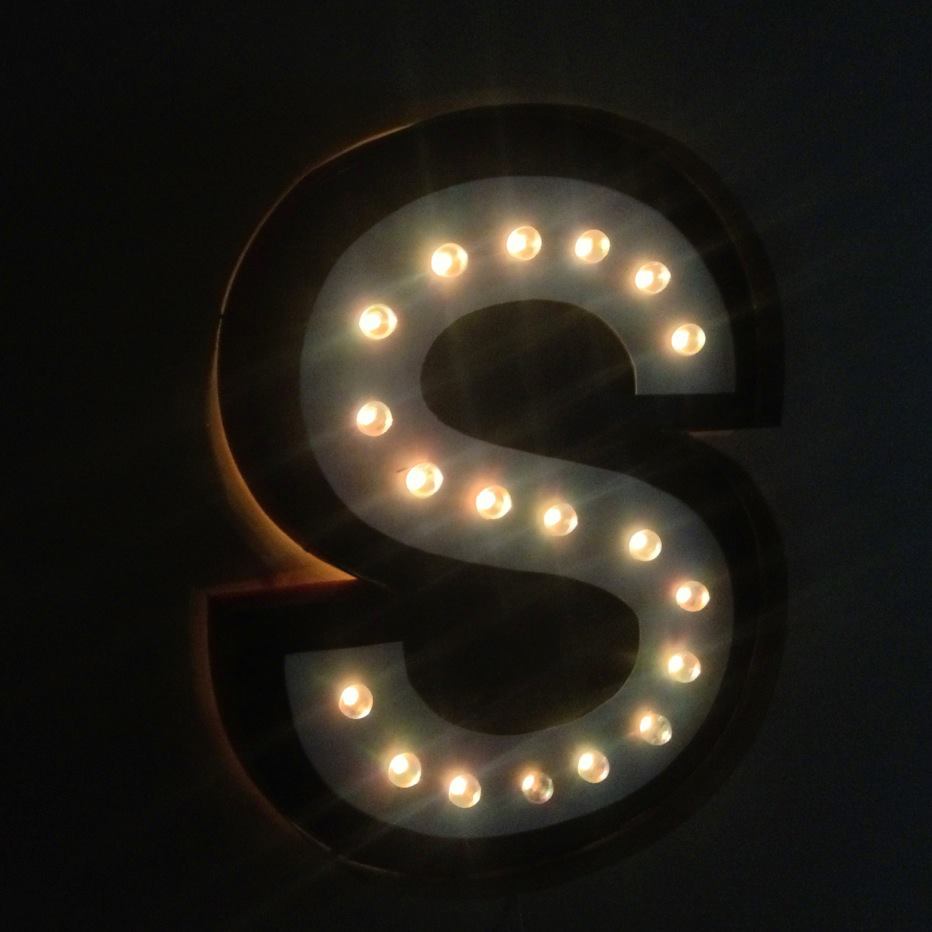 it’s cardboard and matte board, glue, some pins, some christmas lights, and some glass bulb ornaments. It’s about 3 feet tall, and 4 to 5 inches deep. Weights about 2 lbs maybe? Real lightweight and classy. It’s more-or-less a prototype of the kind of thing I want to make more of. Using similar process and materials, I plan to make a sign for my office that says “Create!” and is about 7 feet long.

The other thing that I’ve been inspired by, and inspired to make, is cartoons. When I was in Minneapolis last month I discovered the cartoons “Adventure Time” “Regular Show” and “the Amazing World of Gumball” which are all really fun and good cartoons. I was really impressed with Gumball expecially because of the mix of animation styles. Around the same time, people in my office were creating this awesome animated short using talent from the office and some cool After Effects techniques:

I still can’t believe that WordPress doesn’t have a way to embed YouTube. dum.

SO I’ve been experimenting and learning some stuff about animating in After Effects and putting stuff together. Here’s a quick sample:

Link from Ben Swift on Vimeo.

Tacocat makes a quick and weird appearance in there, right? Ha ha, it’s not going to be like that. Something is going to happen that’s great. I’ve done animation in the past, but not in a long while, and not this type, so it’s new and cool. I want to put something cool together soon. Need to write something. Write. Right?

OK so that’s about all that’s new with me. I know I said I’d draw a comic or something, and I think this is what’s happening. Kind of.

PreviousPrevious post: Destroyer – or – how the internet is awesome
NextNext post:september already?!