I’m going to start working on some more regular updates, bi-weekly I suppose. I also want to start what Ryana has called a “rolling art show” where all the art I produce that is not specifically a part of a larger series of work gets put on the site for sale, with some regularity. Goals. Have some?

I’ve been working on a bunch of different things. One thing I just completed was album artwork for Dčsir Decir, a rock’n’roll band from Jersey City. Check it: 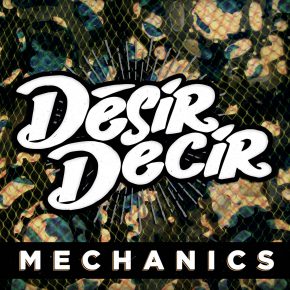 also I’m still working on the kids book. writing and editing and layout is a difficult and fun task. I’m also second-guessing myself a lot, and that makes things harder. It’s much easier to just pick a dumb thing to do, and then do it. This subtle segue is to tell you about…

This new semi-obsession I have with combing through vintage comics and grabbing lettering styles that I like in order to create word collages. So far I’ve used this approach to make a poster for Flatofest II: 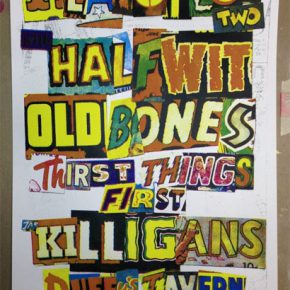 and my “lil’ fuck” series. These are tiny little framed canvases, each with a collage adhered. I aim to keep this series 100% unique, in that no 2 will be exactly alike, and I won’t use the same letter twice. This is fun because it always keeps me looking for new letters, colors, and styles to play with. It seems like the letter F is the least used in comics titles. But that could just be my perception. I’ve started collecting letters for a couple of other words too. 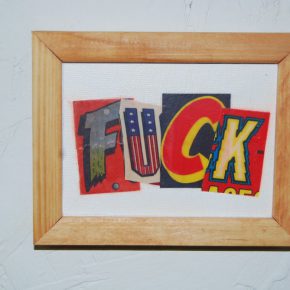 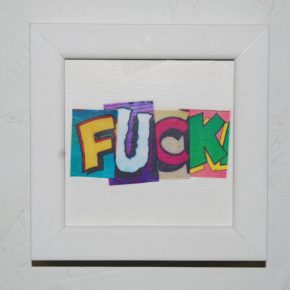 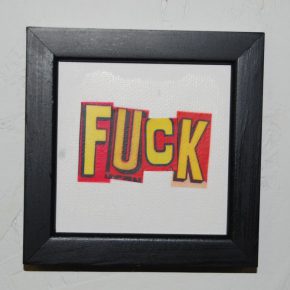 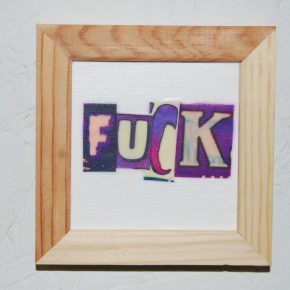 Some are based on simple aesthetic choices, some are focused on color, letter shape, or some other theme that comes to mind. Above are samples of “random”, “rainbow”, “yellow letters over red with black outlines”, and “purple and white” for their themes. The adhesive I use tends to make the colors really vibrant and sometimes leaches the color out a bit, which kind of gives the edges a bit of a “soft focus” in places. I don’t mind it, since you can only tell in close-up inspection. These will be available for sale soon!

I’ve also started doing some large scale paintings based on the collages: 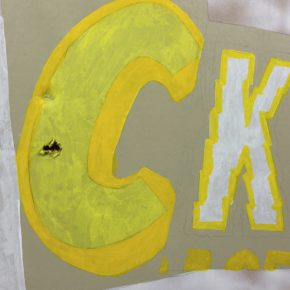 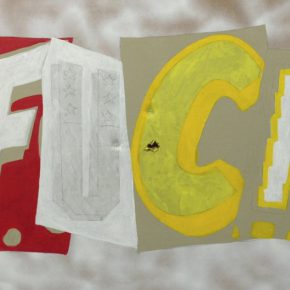 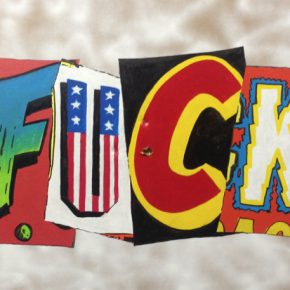 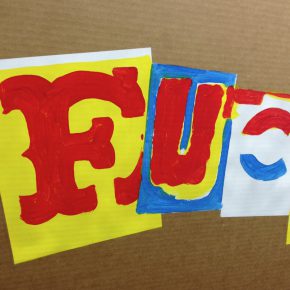 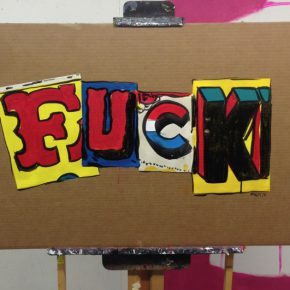 I’m doing some illustration and cartoon work, and logo work too. Things are moving along.