Last week, a site redesign many months in the making was finally sent live. The site is for The Fertilizer Institute, ” the leading voice in the fertilizer industry, representing the public policy, communication and statistical needs of producers, manufacturers, retailers and transporters of fertilizer.” The Swanson Russell team was tasked with completely revamping a site that was antiquated both in its design and in its content strategy. My role in all this was to dream up a modern look and feel that would be scalable for a site with considerable content, and the potential for a lot more.

One thing that I really enjoy about working at Swanson Russell is the amount of thoughtful effort that is put into each component of a project. For instance, this project came to me with site maps and wire-frames already sketched in. Areas of specific interest were called out, and those areas that needed custom designs were well defined. Special interest was placed on the education type areas (Issues, Introduction to Fertilizer) and the new-to-TFI.org blog section “TFU Voice”. The Dev team used Drupal to create author controllable taxonomy relationships between the blog and other areas so cross-content display would be seemless.

We made efforts to create re-usable design elements that could be used in a variety of areas, and signify that they were the same or simliar content. For example- the TFI Voice block on the home-page is visually similar to the sidebar block used on other sections with “Related Content” and  to the blog page itself. We worked to create a 2 and 3 column template that would display the 3rd tier as needed, as well as the multi-tabbed bottom content section.

At any rate- here are some screen captures from when the site went live, but looking at some jpgs won’t really show you how nicely the site turned out. Big ups to the SR team, it turned out great!

Check out the LINK: http://tfi.org 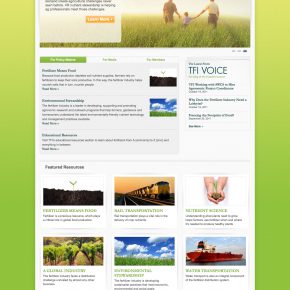 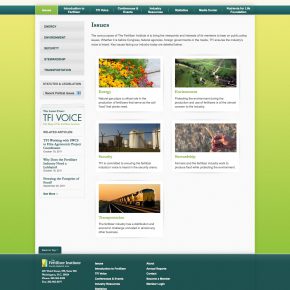 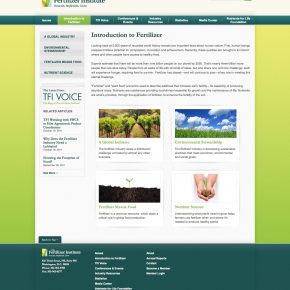 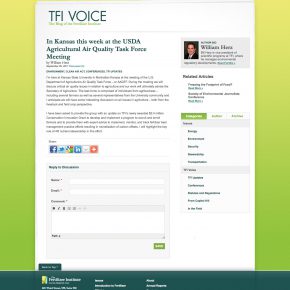 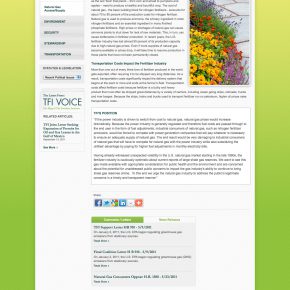