I carry around an iPod at all times and sometimes I remember that it has a camera on it, and sometimes I use that camera to take photos of things that I otherwise wouldn’t shoot, or whatever. This post is devoted to the 3 following randomly selected images from the past couple of weeks: 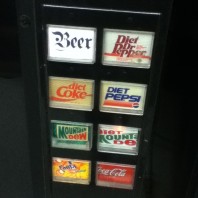 Photo 1 is of the pop machine at my office. I don’t know what the “Beer” button actually dispenses, but it’s very curious. This button was part of a week-long promotion of “Oktobeerfest” which is set to start in about 5 minutes. The Bolzen Beer Band is already here, dancing around the office and getting people psyched. 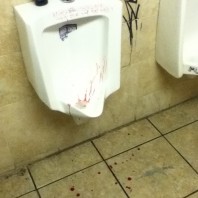 Photo 2 is of the blood spattered bathroom of the Bombay Bicycle Club in DesMoines, where my band played 2 saturdays ago. The bloody person in question was actually behind me at the sink with his buddies who were actively convincing him to let them take him to the hospital and get stitches. Apparently this guy had lost his balance and fallen over onto the front of the stage where he had landed on our singer’s beer bottle and pint glass. Not sure which one did the damage. 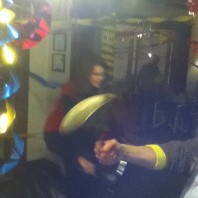 Keeping it beer (and bicycle) releated, photo 3 is of my honey riding a bmx bike indoors at the D Street mansion during some indoor biking time trials a few weeks ago. I particularly like the bell-in-motion aspect of this shot, where everything is blurred except for the bell-ringer’s arm. Weird. Anyway- this was a fun and exciting and somewhat dangerous night of indoor biking fun, and beer of course.