You get down to the end of the year and then you start taking stock of what you have accomplished. I think this should happen more frequently, but it’s generally one of those resolutions that just doesn’t happen. Anyway! Let’s begin!

Started the year doing a bunch of silly drawings that were tons of fun for me and everyone- the Suggested Drawings series… I had a show of them at Duffy’s in February. That was fun. I intended to do the suggested drawings throughout the year but after a couple of months of dwindling interest, the summer hit and I did not make any art at all. Spending time in the dark basement was just not that appealing. I did end up making a bunch of Sun Jars, though, and that was fun. I built a fence. I fell in love with summer. Then I had a show at Screen Ink in August, where I showed some posters, prints, and drawings, and a bunch of eyeskull paintings.

I made posters for Flatofest and Big Business, but that was pretty much the only printing I did. I guess I did a couple of other small projects, but nothing to note. I plan to do more printing in 2012, I just need to revamp my process and get organized.

Since September, I’ve been painting these “planets” paintings. I think they are pretty great. Here are some shots of early progress on some new things. I have a show at Tugboat Gallery in February that I’m prepping for. 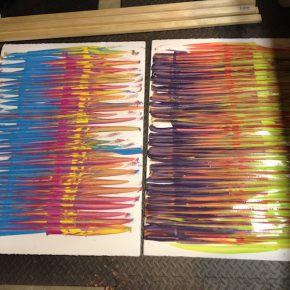 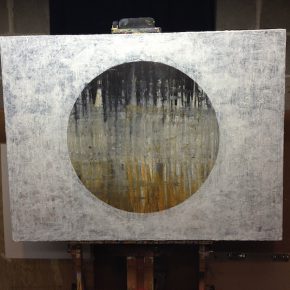 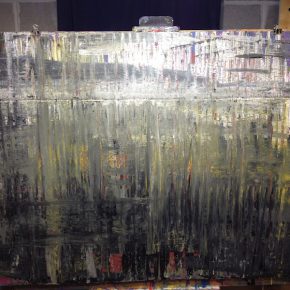 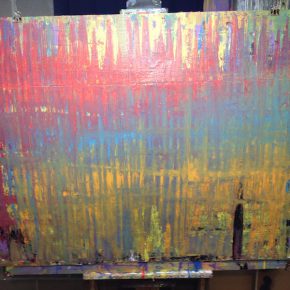